Receba a newsletter no seu e-mail

The Brazilian Association of Advertising Agencies (ABAP) was founded on August 1, 1949 to defend the interests of advertising agencies with the communication industry, the powers that be, the market and society.

Among its achievements are the co-founding of the National Advertising Self-Regulation Council (CONAR), the Executive Council for Standard Norms (CENP), the Verification Institute of Communication (IVC) and the Instituto Palavra Aberta. In addition, ABAP inspired Law 4.680/1965, known as the Propaganda Law, contributed decisively to the approval of Law 12.232/2010, which regulates the criteria for public bidding, and was responsible for holding four Brazilian Advertising Congresses and the 5th Congress of the Communication Industry.

ABAP is a member of the global entity of advertising agencies VoxComm and founder and member of the Confederation of Advertising in Portuguese Language Countries (CPPLP). 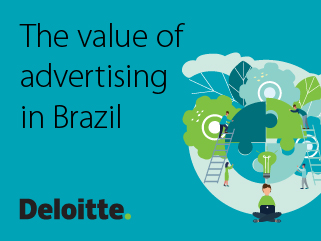